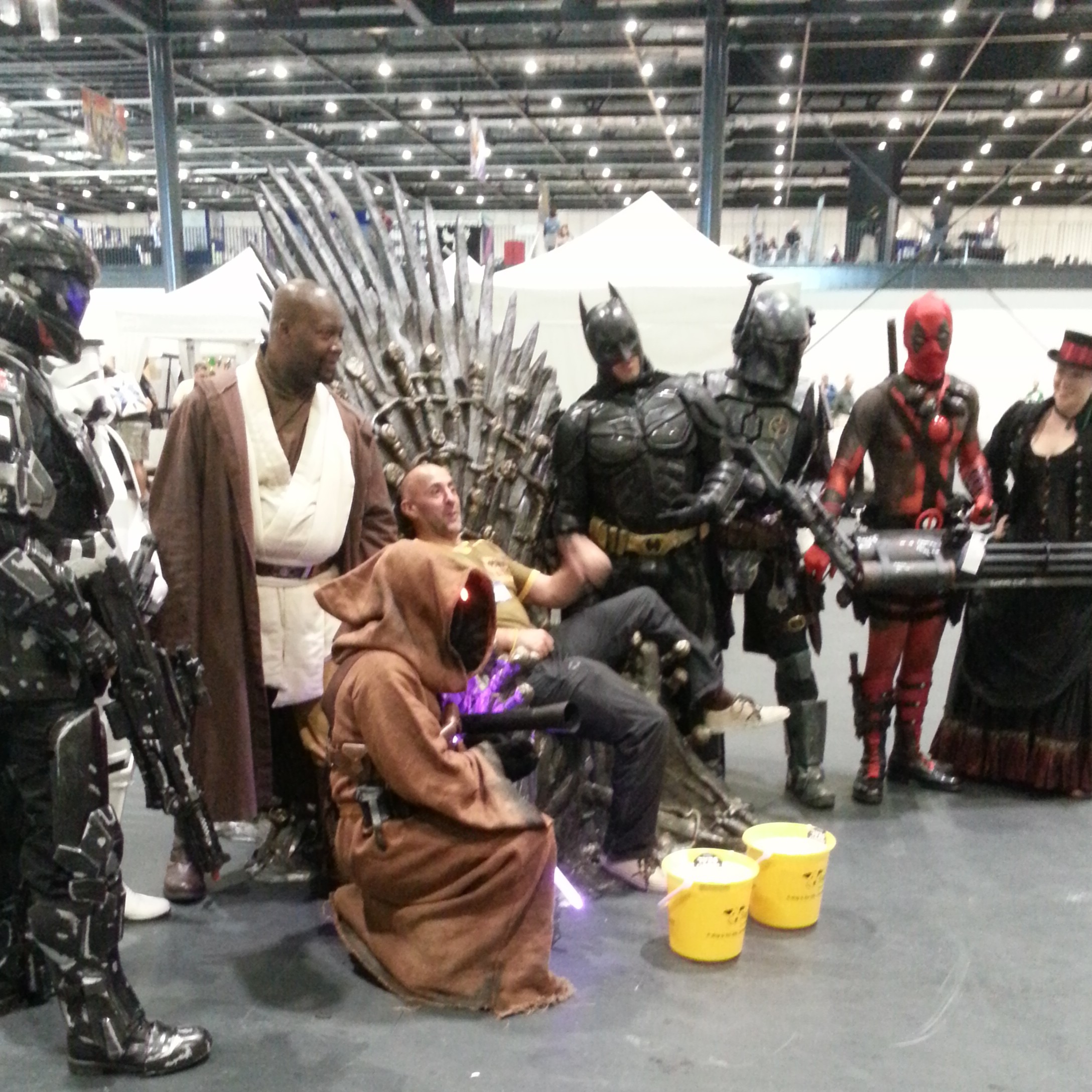 As one might expect, I had a fantastic time at Loncon 3. It’s difficult to distill the excitement of meeting so many great people, of being involved in such great discussions and just generally being in an environment suffused by the whole gamut of science fiction and fantasy spirit. It was a heady few days.

So, here are some highlights, knowing that this is but a tiny sliver of the experience.

I was lucky to participate in two panels, both of which were great discussions. The first was a lively round of talk about the value of technical exposition in science fiction. Myself, Jack William Bell, Cory Doctorow, Heidi Lyshol and Kim Stanley Robinson mostly vehemently agreed with each other. We all thought that the proscription on “info-dumps” (boy howdy, does Stan ever hate that term!) was silly and that learning things from stories is one of the parts of SF that we loved. We also agreed that they can be done poorly, but so can any aspect of story-telling. That said, it was a heated debate, even though we were mostly all on the same page. Good fun!

The second was a discussion of post- and trans-human stories told from non-dominant perspectives (queer, non-Western, etc). This was a great discussion that covered the constraints of embodiment, technology as a factor of wealth and class, the nature of consciousness and selfhood. It felt like Ibrahim Abbas, Russell Blackford, Lettie Prell, Hannu Rajaniemi and I could have talked about this subject all night.

I attended a bunch of panels on subjects ranging from the globalization of satellite launches, the gendering (or not) of artificial intelligences in science fiction, and a critical discussion of the Cornetto Trilogy of films. There was much more to see that I could possibly have ever gotten to, and many panels I’d hoped to attend were full before I could get there. Even so, there was a ton to see and I don’t feel like I missed out at all.

I also got to meet what felt like a thousand people, have great chats with folks from varied areas of SFF, had several professional meetings and attend the Hugo Awards. It was a very full few days.

This is a novelette that explores a different aspect of the world of the Andersson Dexter novels. You can get the complete ebook for free when you sign up to my mailing list. It all started with the … END_OF_DOCUMENT_TOKEN_TO_BE_REPLACED

"Pupusas?" The woman's nasal voice reached Randall at the back of the bus before he saw her pushing her way down the aisle. He could smell the warm, raw meat smell of his own sweaty body, and his … END_OF_DOCUMENT_TOKEN_TO_BE_REPLACED

Jo-Lynn had always laughed at Charlotte, her stupid sister-in-law, who believed the crap in those so-called newspapers she bought at the supermarket every week. It was no wonder that her no-good … END_OF_DOCUMENT_TOKEN_TO_BE_REPLACED