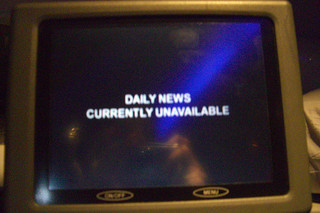 Attentive readers might be wondering where the new book is. After all, it’s a new year, and I do usually release a new novel in the new year. So, what gives?

Well, the quick answer is that my previous schedule is no longer my usual schedule. I finished the first final drafts of two novels in December, so they are now being read by beta readers and getting ready for whatever final lives they will have. I’m not sure exactly what I’m going to do with them, either, since neither of them are Dex books. One of them isn’t even genre fiction. When I know, you’ll know, but for now there’s no new novel news.

People specifically ask me when the next Dex book is coming out, and the answer is I don’t know. I don’t even know if there will be a next Dex book. At the end of The Beauty of Our Weapons things are changing for Dex and co. and I’m not sure where they are going from there.

I don’t want to be one of those writers who keeps churning out series books just to ride the wave – if I don’t have a great story I need to tell about Dex, I’m not going to write a Dex book. So, we’ll see. I’m not saying there won’t be any more, I’m just saying that if there are more, I don’t know when they’ll materialize.

So while there’s no news in this post, I’m not idle over here. I’ve also got short stories on the go and another project to keep me busy. Hopefully there will be new stuff for you to read soon. For some value of soon anyway.

In the meantime, I’ve posted The Interview, a short story not about Dex but set in The Cubicle Men universe. It was originally published in Podioracket Presents – Glimpses, an anthology of stories by podiobooks authors giving a taste of the worlds of their novels. I hope you like it.

I slip into the fake-leather seat, and look at my watch. I have about an hour before the shareholders' meeting, but I have to stop by the day care first, so I want to make this snappy. I've found that … END_OF_DOCUMENT_TOKEN_TO_BE_REPLACED

I was balancing a cup of tea in one hand, while hanging on to the side of the companionway hatch with the other. I climbed into the cockpit sideways, compensating for the roll of the boat. I was only … END_OF_DOCUMENT_TOKEN_TO_BE_REPLACED

I never planned to end up here. I've never planned anything, really. All my life has been like that: I see an opportunity and I take it. Sometimes that works out better than other times. So why should … END_OF_DOCUMENT_TOKEN_TO_BE_REPLACED