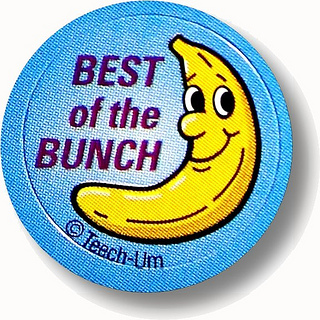 Yeah, it’s a little late, but awards season is making me think of the books and stories I read last year. So, better late than never, right?

According to Goodreads, I read 36 books last year. I know that’s not an accurate representation – some of those were books I abandoned, skimmed or dipped into for research. On the other hand, I read a lot of short fiction which is mostly not represented in that number.

The real standout reads for long fiction were: The Windup Girl, Reamde, Zoo City, Wool Omnibus and World War Z. Yeah, that’s almost 1/6 of the books I read. What can I say, I have a lot of books to choose from and I try to read stuff that I think will be great. These were definitely great.

The Windup Girl by Paolo Bacigalupi: This is one of those polarizing books: either you love it or hate it. I found it disturbing, disheartening and a bit deranged. I liked that it dealt with the mundane issue of the need to feed and power human civilization and took that to an insane but plausible place. Some critics found the book to have racist and sexist elements but I thought that those aspects belonged to the extremely flawed perspective characters rather than the novel itself.

Reamde by Neal Stephenson: This was a fun read, with much less in the way of Big Ideas™ than the standard Stephenson book. In fact, I wonder if the whole thing was written entirely tongue-in-cheek for the everything is so ironic crowd. (from my Goodreads review)

Zoo City by Lauren Beukes: The writing is crisp, vivid, funny and lurid. You feel like you can smell the scenes, they are so well-defined. The fantasy aspect mostly didn’t even bother me much, as it was poetically metaphoric rather than the tepid wish-fulfillment of many fantasy stories. In fact, I kind of love the idea that guilt can be made manifest. This book asks the question “what would it be like if you couldn’t hide your guilt?” The answer is more disturbing that you’d think. (from my Goodreads review)

Wool Omnibus by Hugh Howey: This collection of five short stories got a lot of hype in the indie book world and so I was skeptical. The hype was right for once. Wool is an onion story, the layers peeling off in each short piece, so much so that it’s hard to talk about what it’s about. People live in an underground silo in a state of fear. The outside Earth is poisoned and an entirely new community has arisen. Then we find out what’s really going on. Well crafted both in prose and worldbuilding, this is truly a different story. So well done that I gasped aloud at the prestige at the end of the first story.

World War Z by Max Brooks: I prefer my zombies on film, so I wasn’t expecting to love WWZ. But it’s less about zombies than it is about the sociopolitical state of the world and how we would really cope with a global emergency. It’s probably a great book for fans of explorations of military tactics as much as it is for horror nuts.

I did read two books this year that deeply disappointed me: Super Sad True Love Story and Blackout.

Super Sad True Love Story by Gary Shteyngart: This was recommended to me by a fan of my own books, and I can see why. The future issues that are explored are similar and there’s a certain urban similarity. But I couldn’t help but completely despise both perspective characters and by halfway though the story, I almost hoped something awful would happen to them. There just wasn’t enough depth to them for me to care.

Blackout by Connie Willis: This is the first part of a two parter, which I knew going in, but I was still caught off guard when there just stopped being words rather than even a hint of an ending.

I strongly dislike books and film that do this, but I’d have been willing to go on and read All Clear if the story in Blackout was at all interesting. The characters were annoying at best (seriously, WWII “historians” who don’t know anything about the war beyond their own small area of interest? really?), and utterly innocuous at worst. Their individual perils were real enough, but it was hard to care much about them when all the peripheral characters were in more danger. The overarching mystery didn’t really grab me either. It is shocking to me that this won any award at all let alone three major ones.

Since I didn’t track most of the short fiction I read, I’m relying mainly on memory for the great shorter pieces. Off the top of my head, I was really impressed by Simon Petrie’s novella Flight 404 (free until March 5, go get it now!!) and Immersion by Aliette De Bodard.

Flight 404: A serious, rock solidly hard SF tale of fundamentalism, greed, space travel and authenticity. Charmain, the narrator, is a believable, flawed and complex character, who finds herself in her abandoned homeland in the middle of a search for a missing spaceliner. In the process, she is forced to deal with her past – the people she left behind when she left her home and the reasons she felt she could no longer stay.

On the face of it, this story is about what happens to the missing spaceship, but it’s really about how the choices we make affect our futures, how we interact with the memories of people from our past, how we strive to be true to ourselves. While fundamentally a story about people, Flight 404 doesn’t disappoint in the science department. Science literally solves the puzzle. (from my Goodreads review)

Immersion: This story is on a lot of people’s nomination lists this year and I think it will probably win the Hugo or Nebula or both. It’s got it all: the SF elements are integral to the story, but it’s not a “look at my cool/horrible imagined future and oh by the way here’s a plot to go with that” kind of story at all. It’s a very human, poignant, relevant and emotional story without being sappy or overly didactic. And it’s mechanically beautifully written to boot.

Originally published in Podioracket Presents - Glimpses “I was working at this stim joint, a place called Ultra-Sissons. It’s not where I’m working now — I wasn’t a bartender then, just a busser. … END_OF_DOCUMENT_TOKEN_TO_BE_REPLACED

This is a novelette that explores a different aspect of the world of the Andersson Dexter novels. You can get the complete ebook for free when you sign up to my mailing list. It all started with the … END_OF_DOCUMENT_TOKEN_TO_BE_REPLACED

last night I had the most wonderful dream Carly moaned softly in her sleep, and rolled over. She dreamed and dreamed, and when she woke, she found that she still had the lingering shadow of a … END_OF_DOCUMENT_TOKEN_TO_BE_REPLACED