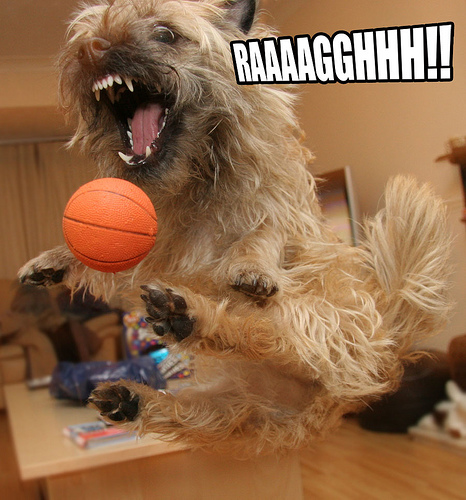 I have a rule about responding to Someone Being Wrong on the Internet: just don’t. But if that doesn’t work, at least wait a while. There’s plenty of negativity in the world, and most things don’t really need someone else piling on just to say Nooo! But, there are exceptions.

I’ve talked before about how genres in fiction are more about marketing than the actual content of the story. I’d even argue that if a book can be easily put in only one little box, it’s probably not much of a story. I mean, what science fiction story doesn’t have at least a hint of mystery, romance or adventure?

But there are even more pernicious forms of genrefication (yeah, I just made that word up, but it works) – categories of who the fiction is supposed to be for. You might think I’m about to rail against Men’s Adventure here, but anyone with a clue knows that one is just dumb. Nope, I’m here to complain about everyone’s favourite darling, Young Adult fiction and its creepy uncle New Adult.

If you’ve not heard of New Adult before, here’s how Chris Fox described it on Google+ (aside: he’s smart and erudite and if you’re interested in independent authoring or writing in general, you should probably follow him):

The NA genre encompasses young people who aren’t teenagers, but aren’t yet adults either. Here is a quote from the NA Alley giving their description: “Typically, a novel is considered NA if it encompasses the transition between adolescence—a life stage often depicted in Young Adult (YA) fiction—and true adulthood… NA characters are often portrayed experiencing: college, living away from home for the first time, military deployment, apprenticeships, a first steady job, a first serious relationship, etc.”

I like what Chris has to say most of the time but this made me nearly have an Internet spaz. But, as per rule #1, I let it go. Then about a week later I read this article in SF signal about YA (I know, I shouldn’t have looked. But what has been seen cannot be unseen). And still I waited. But I can’t stop thinking about it, so here we go.

Obviously, this is all about marketing. The whole idea of rebranding something as YA makes that very clear. It’s part of the “discoverability problem” which gets a lot of play in publishing circles. Some folks frame it as a problem for readers – the difficulty of finding books you want to read. Thats’s how YA and NA are being discussed in a lot of venues, as genres that let readers know that they’re going to get something to which they can relate. Of course, both sides of this argument are just plain wrong.

Discoverability isn’t a problem for readers, it’s a problem for authors and publishers. As Guy LeCharles Gonzalez said in this post, readers don’t have a problem finding things to read. Publishers and authors, however, have a hell of a time getting their books discovered. So pretending that there’s some kind of shortage of books for particular readers, then helpfully pointing out that “oh yeah, my book is one of those,” seems like a good marketing tool. And it probably is, if by “good” we mean useful.

But the issue is that it is inherently offensive to imply that teens and (lord love a duck) people in their 20s need to be marginalised because they can’t handle general fiction.

If you think I’m overreacting, read this bit of the SF Signal article which really got my blood boiling:

I think publishers are catching on to the grey area of the YA classification and have created the “New Adult” category for novels that are a little too mature for the younger set, but not mature enough for the adult market.

Are you fucking kidding me? Regardless of the poor opinion of people in their early 20s going on here, I remember being 13 perfectly well and there isn’t a single book I would read today that I couldn’t have read then. And I can hear all those arguments that some teens have different interests and reading levels and blah blah blah, but so do readers in their 50s. People should have access to all kinds of books and stories, regardless of their age.

Some folks like simpler stories than others, some folks like “literary” books, some folks like action and some folks don’t. Vive la différence. But it’s wrong to suggest that our preferences are signs of maturity (or lack thereof) when we’re all old enough to run for office, so why do we feel like it’s okay to talk about younger readers as if they can’t handle mainstream fiction? Do we really think that teen readers are going to lose their minds if they see the word fuck? Is this all just some kind of pernicious morality enforcement? And if so, how does that work for New Adult at all?

It’s one thing to label books for little kids, I get that. But while Young Adult doesn’t literally mean 18-22 year olds, it does mean people over age 12. Sure, some 13 year-olds aren’t going to be interested in a book like, say, Cryptonomicon, but some are. And there’s no reason why they shouldn’t be exposed to as many different kinds of books as possible. Reading is how we learn about people who are different from us, and we all need that lesson regardless of how old we are.

It seems patently obvious that constructions like YA and NA are offensive to their target audiences. But they are also offensive to the authors of those books. The whole marketing machine behind these genres is that these stories are acceptable for this age-specific market, meaning that they must be inherently different than mainstream stories. The clear subtext is that they are simpler, less complex, less good stories. Even though that’s also patently untrue.

Love it or hate it, but if The Catcher in the Rye were written today, it would be marketed as YA. Do we really think that this Salinger classic is “not mature enough for the adult market?” What about William Golding’s Lord of the Flies?

Teens have a tough enough time as it is, let’s not insult them by implying that they need special books for their special minds, just because we need a better marketing tool. It’s just rude.

I never planned to end up here. I've never planned anything, really. All my life has been like that: I see an opportunity and I take it. Sometimes that works out better than other times. So why should … END_OF_DOCUMENT_TOKEN_TO_BE_REPLACED

I slip into the fake-leather seat, and look at my watch. I have about an hour before the shareholders' meeting, but I have to stop by the day care first, so I want to make this snappy. I've found that … END_OF_DOCUMENT_TOKEN_TO_BE_REPLACED

last night I had the most wonderful dream Carly moaned softly in her sleep, and rolled over. She dreamed and dreamed, and when she woke, she found that she still had the lingering shadow of a … END_OF_DOCUMENT_TOKEN_TO_BE_REPLACED