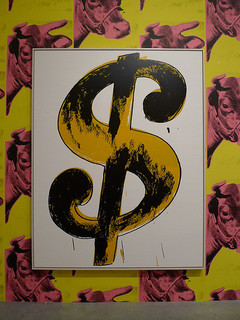 When people find out that someone is an author, there are several questions that usually come up pretty fast:

I’m going to talk about the last of these for now, and particularly its rather bothersome follow-up question, which inspired the title of this post.

“Are you making any money?” is such an interesting thing to ask an author. The obvious implication is that the asker assumes that you are not. Also, that making money is the sole indicator of quality or success. Or that you wouldn’t (or shouldn’t) be writing if it weren’t for the money.

I’m a commercial author; I sell my books and stories. I don’t believe this makes me a better author than writers who share their work for free or perhaps never even show it to anyone. But I choose to make my work available for sale – my time is worth something, and I believe that people will pay for stories that they like. And the market agrees, for whatever that’s worth.

But I do not write in order to make money. Very few fiction authors do – it’s not typically a lucrative profession. Like all artists, writers struggle to sell their work. A handful of well-known and popular people do extremely well financially, but the majority plod away with a small fan base and a steady trickle of sales.

But I am making money with my writing, so that should satisfy those folks who want to use sales as a gauge of success, right? Apparently not, since in my experience, when I answer the question, “Are you making any money?” with the word, “Yes,” the person who asks almost inevitably follows it up with an incredulous, “Yeah, but, are you making a living?”

It’s hard not to get angry when this happens.

I know these people aren’t trying to be insulting, but the implication is that if an author doesn’t clear tens of thousands of dollars a year, that maybe they should just stop writing. I mean, why do something that’s difficult and time-consuming if it doesn’t pay the bills? Clearly, I’d just be better off spending that time watching TV or playing golf.

What folks don’t realize is that few authors “make a living” as a writer. When you go into a bookstore, the vast majority of the people behind those books have day jobs, many of which have nothing to do with their writing.

The publishing business is notoriously difficult to quantify, but with a little digging you learn that the average advance for a first time novelist is about $5000. Most books don’t earn out their advance, so that’s all the money the author will see from that book sale. And it’s not like most writers can crank out a completed novel in a few months. Many writers infamously take years on a book.

Most authors would love to work on their craft full-time, as would most visual artists, musicians, filmmakers and craftspeople. But the reality of the current economic system is that creative work is valued in a highly polarized manner – a tiny number of popular artists make huge sums for their work and everyone else barely gets by. It’s the nature of the beast.

Yet some people seem to think that it’s acceptable to imply that those of us whose books aren’t instantly as popular as Twilight or The DaVinci Code should just give up on our art. As if sales have ever been the best indicator of artistic value. As if creative people have never been motivated by something other than cash.

I know that the people who ask if I make a living from my writing aren’t trying to be hurtful. The question may arise out of their belief that artists should be paid. Perhaps they’re just curious, or maybe even a little envious.

But regardless of why they ask, the implications remain, and it’s difficult not to take insult from that question.

This is a novelette that explores a different aspect of the world of the Andersson Dexter novels. You can get the complete ebook for free when you sign up to my mailing list. It all started with the … END_OF_DOCUMENT_TOKEN_TO_BE_REPLACED

Originally published in Podioracket Presents - Glimpses “I was working at this stim joint, a place called Ultra-Sissons. It’s not where I’m working now — I wasn’t a bartender then, just a busser. … END_OF_DOCUMENT_TOKEN_TO_BE_REPLACED

I never planned to end up here. I've never planned anything, really. All my life has been like that: I see an opportunity and I take it. Sometimes that works out better than other times. So why should … END_OF_DOCUMENT_TOKEN_TO_BE_REPLACED