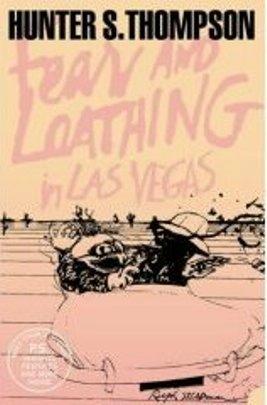 Check out this fascinating research into what happens to people when they read.

Psychologists have discovered that while reading a book or story, people are prone to subconsciously adopt their behavior, thoughts, beliefs and internal responses to that of fictional characters as if they were their own.

Experts have dubbed this subconscious phenomenon ‘experience-taking,’ where people actually change their own behaviors and thoughts to match those of a fictional character that they can identify with.

This results of this study weren’t overly surprising to me since the incredibly trippy experience I had reading On The Road as a young woman. I remember riding the bus to class in the morning, reading, and feeling quite convincingly stoned for the rest of the day, all from Kerouac’s words. Equally unsurprisingly, soon I was seeking out books like Fear and Loathing in Las Vegas for yet another cheap high.

However, the really interesting part of this for authors, is that there are trick we can use to help our readers dive into our books more completely. Apparently, by revealing character aspects later in the story, you can get more readers to identify with that character, regardless of how little they may have in common.

In an experiment consisting of 70 heterosexual males, who were asked to read a story about a homosexual undergraduate student revealed extraordinarily different results depending on when in the narrative the character’s sexuality was exposed.

Identifying with your characters is, of course, a great way to develop fans of your work. More importantly, to my mind, it is a way to let people experience a new world, a new life, a new way of being. Which is, I’d argue, the point of fiction.

I was balancing a cup of tea in one hand, while hanging on to the side of the companionway hatch with the other. I climbed into the cockpit sideways, compensating for the roll of the boat. I was only … END_OF_DOCUMENT_TOKEN_TO_BE_REPLACED

I never planned to end up here. I've never planned anything, really. All my life has been like that: I see an opportunity and I take it. Sometimes that works out better than other times. So why should … END_OF_DOCUMENT_TOKEN_TO_BE_REPLACED

Jo-Lynn had always laughed at Charlotte, her stupid sister-in-law, who believed the crap in those so-called newspapers she bought at the supermarket every week. It was no wonder that her no-good … END_OF_DOCUMENT_TOKEN_TO_BE_REPLACED