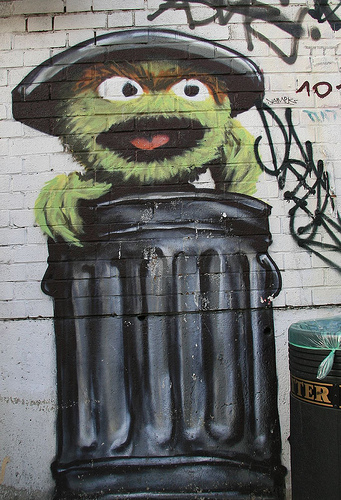 For as long as there have been books, we have judged each other by what we read. Indeed, one of the laments in an ebook world is that we no longer have one another’s bookshelves by which to compare ourselves. The closest approximation are social reading sites like Goodreads which let you compare your virtual shelf with those of your friends, always an entertaining exercise.

Of course, the corollary advantage of ebooks is that no one needs to know what you’re reading. It’s safe to read a “guilty pleasure” on the train without fear of nasty looks from your snobby or prudish seatmate. Which, these days, is a necessity.

We seem to me to be living in an age of opprobrium, where one of the final frontiers of acceptable bigotry is in matters of taste. Examples of things it’s fashionable, maybe even required to despise are everywhere. Most recently comes to mind the widely shared live-tweeting of someone’s snark-filled reading of Fifty Shades of Grey (#50ShadesofShade).

The Fifty Shades books are a series I’ve yet to hear anyone admit to have enjoyed, yet obviously many people have as they’ve sold a gazillion copies and the film has just been cast. Clearly, more people like these books than don’t, but it’s painfully uncool to admit it (amusingly, in this case, not because they are smutty, but because they apparently aren’t good smut).

It’s easy to be snarky about books that aren’t to my taste, that I find poorly written or plotted, and that sell by the boatload. And it’s just as easy to justify meanness by pointing to financial success or extolling the virtues of honesty in reviews. But there’s a difference between a well-reasoned, honest negative review and the petty nastiness that seems to permeate conversations about books (and films, music, comics, whatever) that the culture has determined to be Bad™.

To be clear, I’m talking about making fun of art because of its perceived lack of quality, not about calling out aspects of work that is problematic or offensive. This is about statements like “I can’t believe Blank is so popular, a lemur could have written it,” not “It’s a shame Blank has such an insensitive and anthropocentric portrayal of lemurs.”

And of the former, I’ve had enough. I’ve been guilty of this plenty, and justified myself with the knowledge that everyone knows that X-author can’t write and that Y-book is just plain terrible, as if the success of something that isn’t to my taste somehow diminishes everything that is. But it’s just bullshit. It’s tearing something down in order to build yourself up, which ultimately has the opposite of its desired effect. So, I’ve decided to give it up.

I’m not going to stop recommending the things I like, or honestly reviewing the things I didn’t, but I am going to start putting a real effort into not judging other people by their taste in what they choose to read or to write. It’s petty, pointless and rude, and unlike those books we all love to hate, the culture of snark really does diminish us all.

This is a novelette that explores a different aspect of the world of the Andersson Dexter novels. You can get the complete ebook for free when you sign up to my mailing list. It all started with the … END_OF_DOCUMENT_TOKEN_TO_BE_REPLACED

I slip into the fake-leather seat, and look at my watch. I have about an hour before the shareholders' meeting, but I have to stop by the day care first, so I want to make this snappy. I've found that … END_OF_DOCUMENT_TOKEN_TO_BE_REPLACED

"Pupusas?" The woman's nasal voice reached Randall at the back of the bus before he saw her pushing her way down the aisle. He could smell the warm, raw meat smell of his own sweaty body, and his … END_OF_DOCUMENT_TOKEN_TO_BE_REPLACED