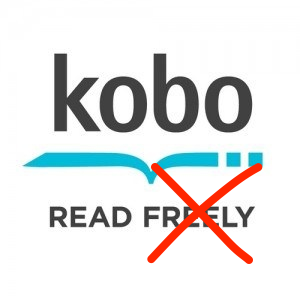 Longstoryshort: Kobo UK have pulled most self-published and many small press titles from their store, including all of my novels and both Plan B anthologies. In a related situation, WHSmith (UK) closed their entire online bookstore for a time and they appear to have removed all ebooks upon reopening. Whitcoulls‘ (NZ) ebookstore is still closed as of writing.

The rest of the story:

Books removed include self-published titles as well as titles published through traditional publishers who use the same distribution services. Because Kobo redirects users to their local site based on IP address, it isn’t immediately evident to authors and publishers outside the UK if their books have been removed. I did some investigating using a UK VPN and found that my books have all been taken down in the Kobo UK store.

Here’s a screenshot of the New Zealand Kobo storefront:

I guess I should count myself as lucky that the freebies that were scraped off the Internet Archive are still there.

This is, obviously, outrageous. Kobo, WHSmith and Whitcoulls should all be ashamed of themselves.

*Much of the details come from David Gaughran’s post here.

I never planned to end up here. I've never planned anything, really. All my life has been like that: I see an opportunity and I take it. Sometimes that works out better than other times. So why should … END_OF_DOCUMENT_TOKEN_TO_BE_REPLACED

I slip into the fake-leather seat, and look at my watch. I have about an hour before the shareholders' meeting, but I have to stop by the day care first, so I want to make this snappy. I've found that … END_OF_DOCUMENT_TOKEN_TO_BE_REPLACED

Jo-Lynn had always laughed at Charlotte, her stupid sister-in-law, who believed the crap in those so-called newspapers she bought at the supermarket every week. It was no wonder that her no-good … END_OF_DOCUMENT_TOKEN_TO_BE_REPLACED