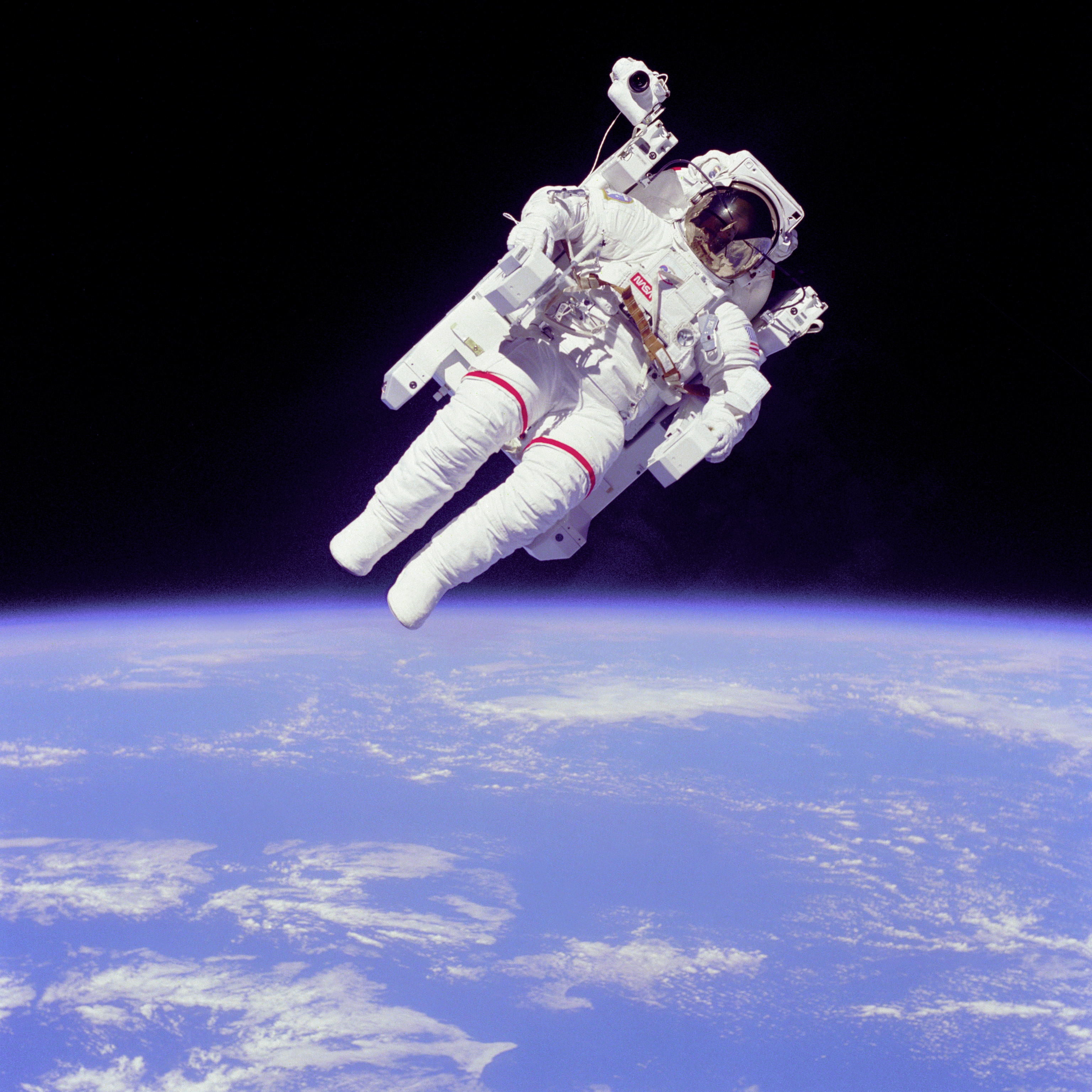 It’s sometimes easy to forget that we live in an age where there are always humans living in space, though still a select few. As I write this, there are three humans currently in space. Thanks to people like Sunita Williams and Chris Hadfield, us earthbound folks have unprecedented access to what that’s really like.

In fiction, though, there are lots of ways humans are depicted as living in space. Here are a few of the common ones:

Living aboard a spaceship

Space is vast, so it makes sense that a lot of our stories are about exploring that vastness. Living aboard a moving vessel is something that people have done throughout history, and many of those real-life ships inspired the visions of future long distance spacecraft.

The internal structures of military seagoing vessels, such as submarines and naval ships, are recognizable in fictional spaceships like Galactica or Enterprise. Their larger size however, allows for more common areas and roomier quarters — at least for people in high positions. Serenity, on the other hand, is more reminiscent of merchant sailing ships.

In stories set aboard spaceships, most of the characters are there because of their work, though in some cases families or civilians are also living aboard.


Life aboard a space station

These are often reminiscent of remote research stations on Earth, or large malls. Many contain areas with plants or green spaces, as depicted on Babylon 5, and “town square”-like zones for commerce and community (the Zocalo on B5 or the Promenade on Deep Space Nine). Some are more commercial or military, like Space Station V in 2001: A Space Odyssey.

Here, the people are depicted as mainly being there for professional reasons, although some stations are akin to airports — as waystations from one destination to another.

Space habitats – day to day life, but in space

Unlike spaceships or stations, the population on space habitat is mainly made of “ordinary people” who are living regular lives in an artificial environment. Here you see homes, parks, transportation — the same things you’d see in a city on Earth. These are the most imaginative of the three types of environment, as they have no direct model on Earth. They are also the most appealing to me, probably because the combine the familiar environment of Earth with the novelty and wonder of living in space.

Our imaginations take us beyond the gravity well of our home planet in film, television and books, just as those pioneering individuals like Williams and Hadfield take humanity’s first steps into orbit. I’d like to think that these fictional stories and images help to inspire our continued exploration of the cosmos beyond our atmosphere.

I was balancing a cup of tea in one hand, while hanging on to the side of the companionway hatch with the other. I climbed into the cockpit sideways, compensating for the roll of the boat. I was only … END_OF_DOCUMENT_TOKEN_TO_BE_REPLACED

I never planned to end up here. I've never planned anything, really. All my life has been like that: I see an opportunity and I take it. Sometimes that works out better than other times. So why should … END_OF_DOCUMENT_TOKEN_TO_BE_REPLACED

I slip into the fake-leather seat, and look at my watch. I have about an hour before the shareholders' meeting, but I have to stop by the day care first, so I want to make this snappy. I've found that … END_OF_DOCUMENT_TOKEN_TO_BE_REPLACED