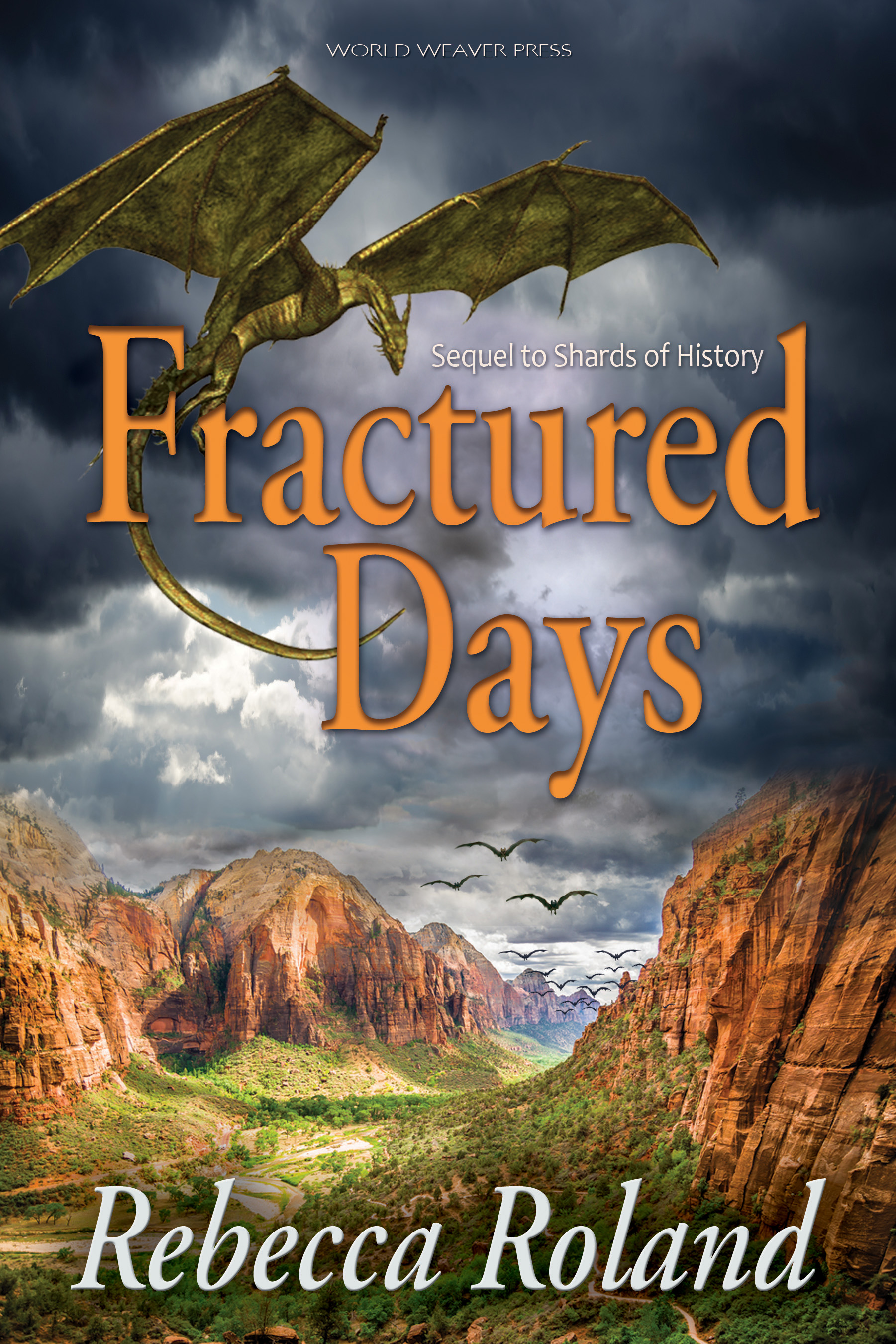 Today we have an interview with Rebecca Roland, whose new novel Fractured Days has just been released.

Malia returns home the hero of a war she can’t remember. The valley burning under the Maddion’s invasion, the fate of her late husband, the way she resolved the long-time distrust between the Taakwa people and the wolfish, winged Jegudun creatures–all of it has been erased from her memory. Malia hopes to resume training as her village’s next clan mother, but when the symbiotic magic that she and the Jeguduns used to repair the valley’s protective barrier starts to consume more and more of her mind, she’s faced with the threat of losing herself completely.

A powerful being known as “the changer” might hold the solution to her vanishing memories. But the Maddion’s new leader, Muvumo, also seeks the changer, hoping the being will cure them of the mysterious illness killing off his people. Meanwhile, Muvumo’s bride hopes the changer can bring about a new era, one in which she and the other Maddion women no longer need to hold onto their greatest secret.

Rebecca: My latest novel, Fractured Days, is fantasy with a wee bit of science fiction thrown into the mix. I tend to write fantasy most of the time, and sometimes venture into science fiction and horror. I enjoy writing fantasy the most, though, because I can play around with different settings, social constructs, organisms, and magic.

Rebecca: I think I could be happy living in the world of my book, so long as things were peaceful. My main character, Malia, lives in a pre-technological world that looks an awful lot like the American Southwest. Although there’s no tech to make life easier, tasks are shared among many people and are therefore easier. Plus, she’s friends with the Jeguduns, who are small, winged, humanoid creatures that live in the cliffs surrounding her valley home. They’re intelligent, they have a good sense of humor, and they’re loyal. Plus, they know about chocolate.

Rebecca: Fractured Days is the sequel to my novel Shards of History. I wanted to write this book because I kept thinking about my characters and what they were up to, and because I wanted to explore how people recover after war, how people cope with issues with failing memory, and how people push for social change.

Rebecca: There was one relationship that sort of popped up and blossomed while I was writing, and I wasn’t expecting it at all. I feel like I’m not very good at writing romance, so I figured my subconscious was giving me a gift with this couple and just went along with it.

Rebecca: The book includes drama, adventure, magic, and romance. I’m hoping that readers not only find it a page-turner, but that it also gives provokes some thought about social inequality.

Rebecca: One of the things I had to describe was how Malia’s memory was being eroded by the magic she had used in the previous story. That’s challenging to convey, so I described it as a fog rolling in, and slowly taking over more mental territory, so to speak. I find fogs and mists creepy, so a magic fog slowly consuming one’s mind seemed disturbing.

Rebecca is the author of the Shards of History series, The Necromancer’s Inheritance series, and The King of Ash and Bones, and Other Stories. Her short fiction has appeared in publications such as Nature, Fantastic Stories of the Imagination, Stupefying Stories, Plasma Frequency, and Every Day Fiction, and she is a graduate of the Odyssey Writing Workshop. You can find out more about her and her work at rebeccaroland.net or follow her on Twitter at @rebecca_roland.

Originally published in Podioracket Presents - Glimpses “I was working at this stim joint, a place called Ultra-Sissons. It’s not where I’m working now — I wasn’t a bartender then, just a busser. … END_OF_DOCUMENT_TOKEN_TO_BE_REPLACED

Jo-Lynn had always laughed at Charlotte, her stupid sister-in-law, who believed the crap in those so-called newspapers she bought at the supermarket every week. It was no wonder that her no-good … END_OF_DOCUMENT_TOKEN_TO_BE_REPLACED

I never planned to end up here. I've never planned anything, really. All my life has been like that: I see an opportunity and I take it. Sometimes that works out better than other times. So why should … END_OF_DOCUMENT_TOKEN_TO_BE_REPLACED