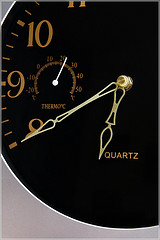 As a human, with an imperfect brain, I often go through periods where I wonder why I bother wrangling words into some form of possibly meaningful structure. I mean, who cares, really? Blah.

However, I am extremely lucky in that there are people out there in the world who like my writing, and who like it enough or are naturally social enough to let me know (hi, everybody!). More than anything else (sales, awards nominations, download stats), these messages from fans are the primary external motivators I get for my writing, and I love them. LOVE THEM. *ahem*

One of the things people often say when they reach out is to enquire when there will be more. This is awesome, because wanting more is exactly what I want you to do. But. As a human, with an imperfect brain, sometimes I see “I can’t wait for your next book,” and think “OMG it’s been 18 months or whatever since I released my last book I’m a total has-been real writers can put out a book a year at least I’m such a fraud oh no I’m wasting my life.” Because I’m a human with an imperfect brain.

If I had a better brain, I’d remember that some stories take longer than others and that’s just the way it is. At the moment, I’m in the middle of working on several projects that fall into the “take longer” category. Thankfully, I recently ran across this post by Charles Stross about the six years it took him to write Accelerando

I’m working on a novel that I began about 5 years ago, plus an Accelerando-like series of interconnected short stories which, as Stross points out in his piece, is harder than a straight novel. Plus, I’ve got another novel in edits and a stand-alone short story or two on the go. And the other day I got an idea for a… something that is going to involve a serious amount of research. Like, a university course-worth of research.

And that’s all okay. I want to be a quality over quantity writer, and that means that sometimes the quantity just isn’t there. I can live with that. I just have to remind my imperfect brain every once and again.

Jo-Lynn had always laughed at Charlotte, her stupid sister-in-law, who believed the crap in those so-called newspapers she bought at the supermarket every week. It was no wonder that her no-good … END_OF_DOCUMENT_TOKEN_TO_BE_REPLACED

Originally published in Podioracket Presents - Glimpses “I was working at this stim joint, a place called Ultra-Sissons. It’s not where I’m working now — I wasn’t a bartender then, just a busser. … END_OF_DOCUMENT_TOKEN_TO_BE_REPLACED

"Pupusas?" The woman's nasal voice reached Randall at the back of the bus before he saw her pushing her way down the aisle. He could smell the warm, raw meat smell of his own sweaty body, and his … END_OF_DOCUMENT_TOKEN_TO_BE_REPLACED