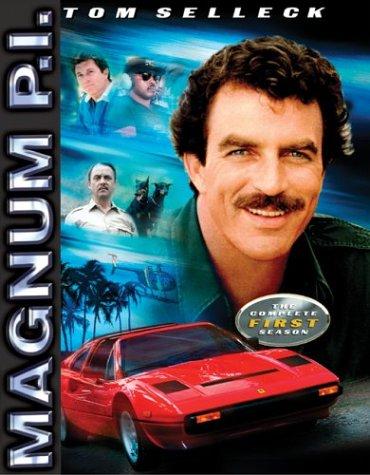 I have recently been rewatching one of my favourite shows from my youth: Magnum PI. I was expecting a nostalgic dose of epic cheese but instead I’ve been reminded about what it takes to craft a compelling series story – real characters.

I remembered Magnum PI as car chases, shootouts, witty repartee, aggressive moustaches and gorgeous scenery (I’m talking about Hawaii). It has all that, but so much more that I’d missed or forgotten.

What sets Magnum PI apart from other eighties action dramas is verisimilitude. Thomas Magnum isn’t a cardboard cutout of an action hero. Sure, he lives an amazing life as a permanent guest in a luxury estate in Hawaii. But he’s still scraping by trying to make a living — he’s always in debt to his friends and usually can’t afford to repair the damage he’s always doing to the borrowed Ferrari. He may be living the dream, but he’s also hustling for beer money.

The show might be named after him, but Magnum is the opposite of a one-man army. Not an episode goes by where he isn’t begging the help of his friends, one of whom often saves the day. If it weren’t for Rick, T.C., Higgins and the oft-forgotten Mac, Magnum wouldn’t have lasted a single episode. Just like real people, Magnum needs help. And just like real people, Magnum gets scared, beat up, makes mistakes and rarely gets the girl. His adventures may be improbable, but he feels real, and that’s why we like him.

Sure, the plots can be pretty contrived, and you really have to wonder what exactly hunky TM did to make gazillionaire invisible novelist Robin Masters let him live in his estate for free for eight seasons. This isn’t high art. But it goes to show that if you want to create a compelling story that resonates with an audience, you have to start with characters you can believe.

And a closet full of loud Aloha shirts doesn’t hurt, either.

last night I had the most wonderful dream Carly moaned softly in her sleep, and rolled over. She dreamed and dreamed, and when she woke, she found that she still had the lingering shadow of a … END_OF_DOCUMENT_TOKEN_TO_BE_REPLACED

This is a novelette that explores a different aspect of the world of the Andersson Dexter novels. You can get the complete ebook for free when you sign up to my mailing list. It all started with the … END_OF_DOCUMENT_TOKEN_TO_BE_REPLACED

I never planned to end up here. I've never planned anything, really. All my life has been like that: I see an opportunity and I take it. Sometimes that works out better than other times. So why should … END_OF_DOCUMENT_TOKEN_TO_BE_REPLACED